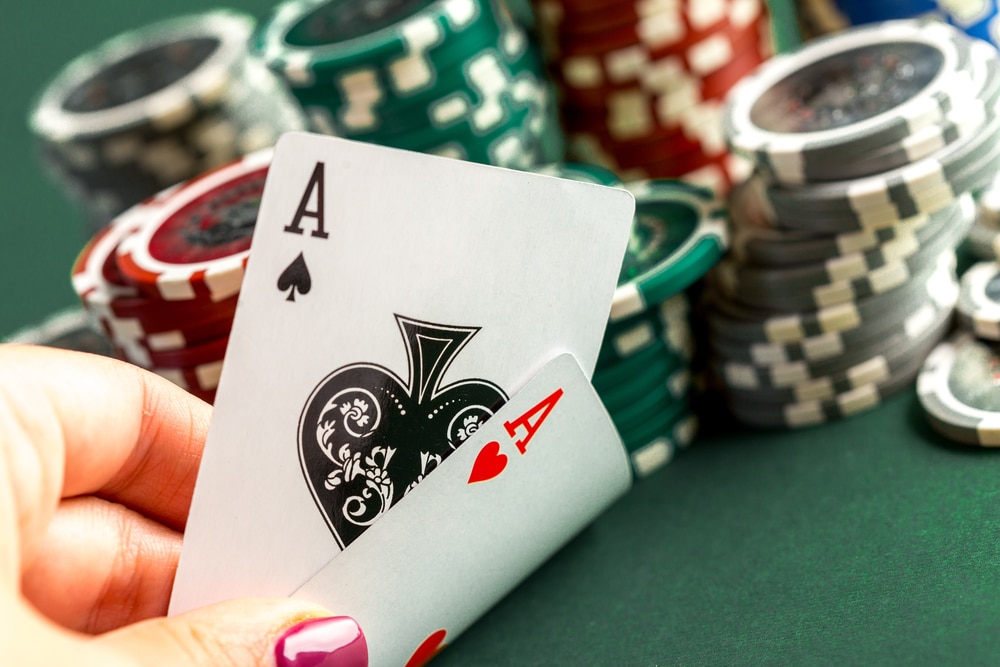 Poker is one of the world’s best card games. Despite the passage of time and the creation of its many regional variants, this classic gambling game continues to attract both novice and expert players due to its entertaining yet sophisticated gameplay.

With so many poker variants played across the globe, they are broadly grouped into three major categories, namely, draw, stud, and community card poker. Out of these types, community card poker is perhaps the most popular because it is where world-renowned classic Texas hold ‘em come from.

Texas hold ‘em was the variant that propelled poker’s internet boom in the late 1990s. It was its easy-to-follow instructions yet, at the same time, nerve-wracking gameplay, and rewarding prizes that made it at the pinnacle of its popularity.

As such, Texas hold ‘em is the format most commonly seen and played in big-money tournaments and Bitcoin casinos like World Series of Poker (WSOP) and Bitcaisno, respectively. Try and see if you can get your hands on the pot as this page walks you through its rules, hand rankings, and more.

As a community card poker variant, players of Texas poker hold ‘em are handed face-up community cards (also known as ‘shared cards’ or ‘window cards’) placed in the middle of the table to be shared by everyone. In most cases, you will be seated with five to nine other players, but this number may decrease as the game proceeds (more on that later on this page).

Much like other community card poker games, the goal in Texas poker hold ‘em is to win the pot by making the greatest five-card poker hand possible using the two cards dealt face down at the start of the game and/or the five community cards dealt in the middle of the table.

For those unfamiliar with poker hands, the following list ranks them from top to lowest. It’s worth noting that not all straights and flushes are created equal. In the event of a tie, the player with the highest card will win.

Poker variants may share the same hand rankings, but they differ in the distribution of cards, number of betting rounds, and decision-making strategies. For Texas poker hold ‘em, here’s how you can play under five important elements: the antes, pre-flop, flop, turn & river, and showdown.

Players are required to contribute their small and big blind bets to fill and build the pot. Between the two, the latter is worth double the former, where the remaining players are mandated to pay these moves around the table. As a result, the total amount increases over a period of time.

Once done with forced bets, the dealer will proceed with the first official betting round in poker called ‘pre-flop’. It is where you and other players will receive two cards also known as ‘hole cards’. From here, you have four alternatives to choose from.

However, take note first that Texas hold ‘em follows a linear order of play based on the table’s seating order. So, the player sitting to the left of the big blind called ‘under the gun’ (UTG) will be the first to play. Then, the rest follows in a clockwise direction:

The dealer will give the flop once the first betting round is done.

The flop is another betting round where the dealer places three face-up cards in the centre of the table. Like in the pre-flop, the remaining players have the four following options to choose from.

After the flop, the remaining players have to play for two more betting rounds called the ‘turn’ and ‘river’. In comparison to the pre-flop and flop, the order of play in the next movements begin with the player in the SB position.

The ‘turn’ and ‘river’ are the fourth and fifth/final cards placed in the centre of the table, respectively. For another time, these betting rounds make you choose from the four above-mentioned options: call, raise, fold, and check.

However, since the ‘river’ is the last movement in Texas hold ‘em, remaining players have one final chance to position themselves in the round with their bets.

Following the completion of the last betting round or in the ‘river’, the remaining players will finally disclose their cards in what is known as ‘the showdown’.

Based on the hand rankings listed above, the winning hand is determined, and the winner is awarded the pile of chips that have been combined in the centre of the table. In the event of a total tie, the entire pot is shared proportionally.

Before there were video poker machines today, classic table poker was the only casino game that didn’t have any house edge because it is a skill-based game where players face off against each other and not the dealer.

Poker requires firm and sharp decision making wherein the only time luck plays its part is on the distributed well-shuffled 52 cards. Once they are laid out, it is all up to how you will manage their ratio of probability and the broad range of betting options in order to be the last man standing and to win the pot. Now that you know the ins and outs of its most popular variant Texas poker hold ‘em, it’s time to test your newfound casino gaming knowledge here at Bitcasino.

So far, the available Texas poker hold ‘em games here at Bitcasino are three, all of which are powered by OneTouch. They are a versatile software provider highly dedicated to supplying mobile casino and blockchain gaming.

2021-12-22
Previous Post: Martingale: What is it and how to use it in online casinos?
Next Post: Here’s why you should place your bets using Tron