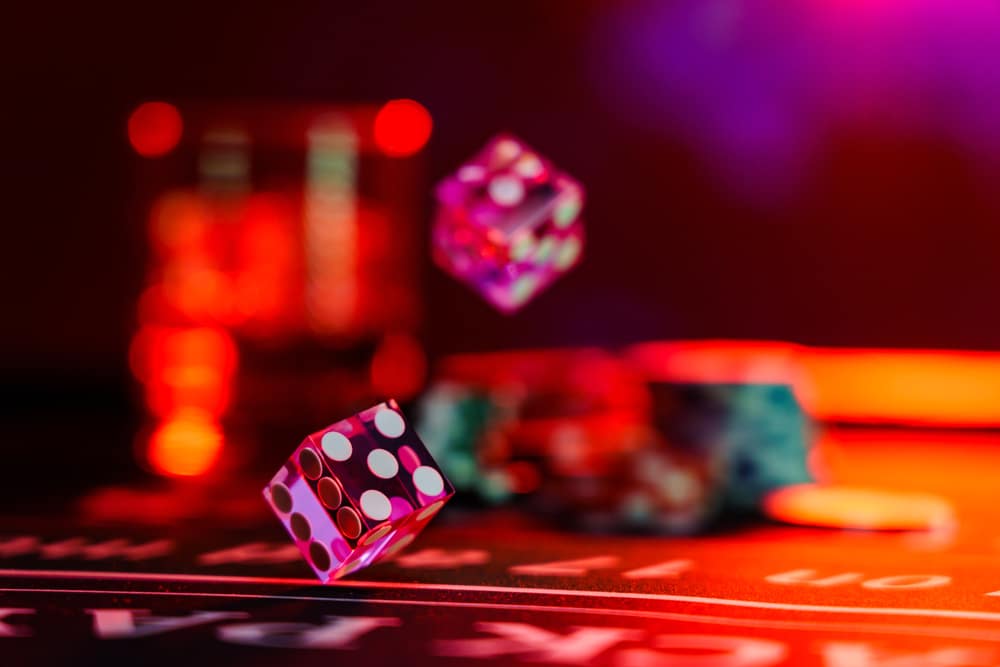 Why you should start playing online craps

Craps is a well-known game but some people have not yet tried playing it. This game is known as one of the rare games that have appealed to both casual and serious players. It is centred on dice which is a classic tool for multiple games including ones played on a board and in casinos.

Craps was mainly played at tables in land-based casinos and you should still try playing there because it is one of the best authentic experiences that you can have. However, most people do not have access to a local land-based casino which has led to the rise of online craps on platforms like Bitcasino.

A type of craps game that has stood out on this platform is the live craps which has a dealer live-streaming his table to facilitate the game. This is a game that you can check out at Bitcasino and it is one of the best experiences that you can have since it will be just like the tables on some land-based spots.

Craps is entirely centred on chance

Gambling games are usually split into two types. The first is strategy-oriented games which involve skill and tactics. Games like poker and blackjack are usually found here since they require basic strategies and learning about probabilities. These games usually take skill to play as well because you will have to play against other people.

On the other hand, casinos also have games that have entirely random results. Games like roulette, slot machines, baccarat, are mostly centred on chance. Among these games is craps which mostly relies on how the dice will end up when they are rolled.

In craps, the game is centred on betting on the outcomes of a pair of dice. Players will wager money against each other in street-style craps or against a bank when played in a casino setting.

The online platform is the best place to play craps

You are probably aware of playing craps at land-based casinos but that is not the optimal way to play this game. You can essentially get the same experience when playing live craps games these days because the dealers help the players to have the most authentic time possible.

Back in the day, most people saw craps as a way to socialise with their friends with a casino game but it has become one of the most popular games in the casino market. Hopefully, people can identify that it is a stellar game that you can play for a long time as well as other players around the world who have shown interest as well.

Convenience is huge for online craps

Convenience is a huge part of playing these games because you can play through numerous platforms. Smartphones, tablets, and laptops are all fair game for craps because the game doesn’t take up too much computing power to play.

Live craps are a recommended game but you can still play craps games that are still played using the algorithm. These are the games that you can try out before truly playing and you can find out how fun this game truly is.

Payment methods should be diverse

This game goes far beyond the ease of access because you can diversify your payment methods on these online platforms. Online casinos accept credit and debit cards, e-wallets, and even cryptocurrencies.  Whether you play using fiat or crypto, you should have the best time playing this game because you don’t need to go to your local casino just to play it.

You can control the pace of the game in online craps

You can control the pace of the game because you can find the right timing for your bets. You won’t have to make too many quick decisions anymore because you will have time to think about what you are playing.

In online platforms, you won’t have to face the overall craps culture that focuses on superstitions. That should not be the case when playing this game because it is based on chance.

Craps can give and help you win high-tier rewards

With the number of craps games that you can play online, you can see that you can get by properly but consistently winning. That is highly difficult because you have no control of the game. In this game, rewards will come in bunches pretty quickly because Craps is such a strong game in the market,

You can also access loads of high-tier rewards that you can win while playing these games. This will usually involve a monetary reward but you should expect more people to not be good with their best leave soon to come.

Players can place many bets on craps as it is one of the most replayable games in the market. It is a fast game where you just have to bet and look at the result of the dice toss. It should not have been a surprise that the number of bets and even longshot bets has increased across the online casino platform because they are showing that they believe in women but that is not the case.

Craps is one of the most exciting games in the industry

Craps has a simple model which makes for one of the most exciting games in the industry. You can expect that playing this game will be a thrilling experience because you can earn a huge amount of rewards.

When a player has momentum, there is no better feeling than seeing them continuing to win. It is one of the best games that you can easily play for a long time because it is not only simple but the model does not get old. You will just have to keep up with the game because of its pace but it is worth it to play.

You will not regret playing craps

With the number of positives that you read, it is fair to say that craps should be a recommended game for you to play. It deserves the attention that it has received over the years and it will keep growing as time goes on. Hopefully, more gamblers can come in and play online craps because it deserves to be played be it against the computer or in some cases, the live dealers who are streaming their table.

Hopefully, you can give craps a chance because it is worth it to play. It is one of the best games to recommend to any player because it will surely leave an easier impression compared to other games that are much tougher like poker or roulette.

You can play craps on many platforms but you will not get anything better than Bitcasino which is the optimal site for players of various kinds. The platform offers various games and if you keep diving deeper into the site, you will most likely enjoy your time.

2022-04-06
Previous Post: How to play Live Football Studio in Bitcasino
Next Post: How to maximise your knowledge to win your esports bets